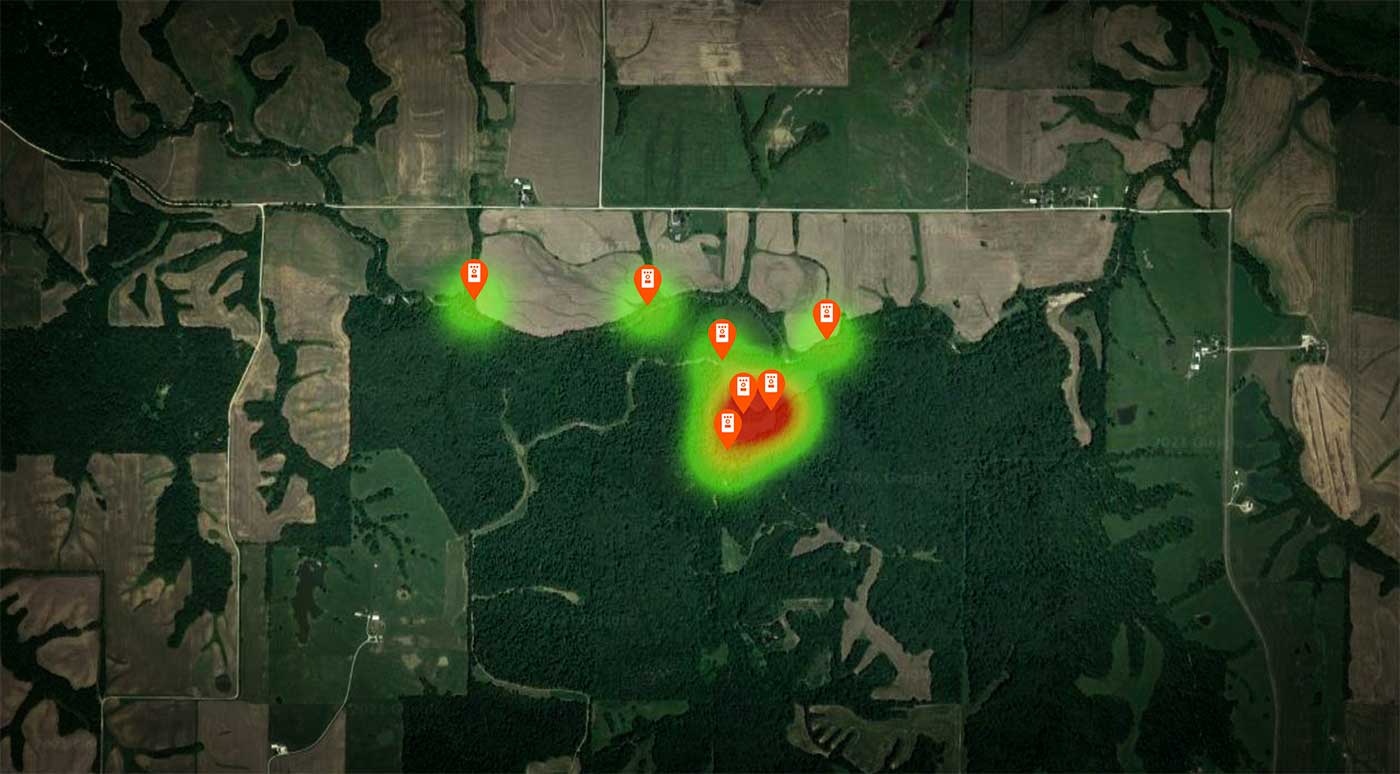 Christmas has come and gone and your deer season has most likely come to a close. So now what? Well, don’t put your trail cameras away just yet. Even though the whitetail hunting season may be over (or close to it for most areas), you can still learn a lot about the bucks in your area.

Even though the whitetail hunting season may be over (or close to it for most areas), you can still learn a lot about the bucks in your area. More specifically, whether or not they lived to see another year. When it comes to late-season trail camera use, one factor will increase your odds of collecting the most data; food.

Back To Deer Food Sources

Like the early part of the season, deer will shift their focus away from breeding and back to food. Between nasty weather and the rigors of the rut, deer are looking to put on as much fat as possible to survive the long, hard winter that awaits them. Cameras placed near late-season food plots or supplemental feed stations will see plenty of action. And, with hunting pressure coming to a close, deer will slowly start to feed near these sources outside the cover of darkness. This means more daytime images.

Locating rubs that face the food source indicates that the buck made the rub as he left and began heading back to his bedding areas. While bucks aren’t actively rubbing trees during the late/post-season, they can still use the same trails. The only way to know for certain is to set up a trail camera somewhere nearby.

Try setting up cameras along heavily used trails, pinch points, and field edges, and then work your way backward. Just remember that you live on borrowed time because once the bucks shed his antlers, it will be tough to identify and track him. Also, use the same scent precautions you did during hunting season as a mature buck cannot tell the difference between hunting season and post-season.

Savvy hunters can use multiple trail cameras and trail camera software during the late-season to backtrack certain bucks to locate preferred bedding locations. DeerLab's Heat Maps for Bucks feature is an invaluable tool as it visually shows you where a specific buck moves on your property over different date ranges.

The DeerLab Heat Map above clearly shows where a buck we call Slick frequents. Using this information can help determine his bedding area and travel routes during different times of the year and go a long way toward selecting better stand locations and putting a tag on a particular buck the following year.

In addition to locating bucks that may have eluded you during the season, trail cameras placed during this time of the year can also reveal whether or not those bucks have started to shed their antlers.

This can be useful info for someone who takes their shed hunting seriously as it allows you to not only find them before someone else does, but it also decreases the chances that squirrels or other rodents will find them before you either. Nothing is more special for the serious shed hunter than a perfectly matching set of antlers with no damage.

If you leave cameras out during the late/post-season, then be sure to use the best batteries you can afford and the largest SD card you can find or pick up a solar panel. Trail cameras set up over food during this time of year will see a ton of action as deer will likely visit the spot during all hours of the day. A fresh set of batteries will ensure you don’t miss anything due to camera failure, and the large SD card will carry enough space to last between camera visits.

Maximize your camera's time in the field by giving it ample power and storage.

While the immediate post-season may tempt you to kick back and relax, don’t neglect the information gathered during this phase of the year. Relocate trail cameras back to food sources with a fresh set of batteries and an SD card large enough to handle a heavy load of images, and you might be surprised by what you learn.

And, while this information cannot be used immediately, opening day will be here before you know it. Armed with new intelligence, you will be a step ahead when the gate drops. Most often, that is all it takes to have a deer season to remember. 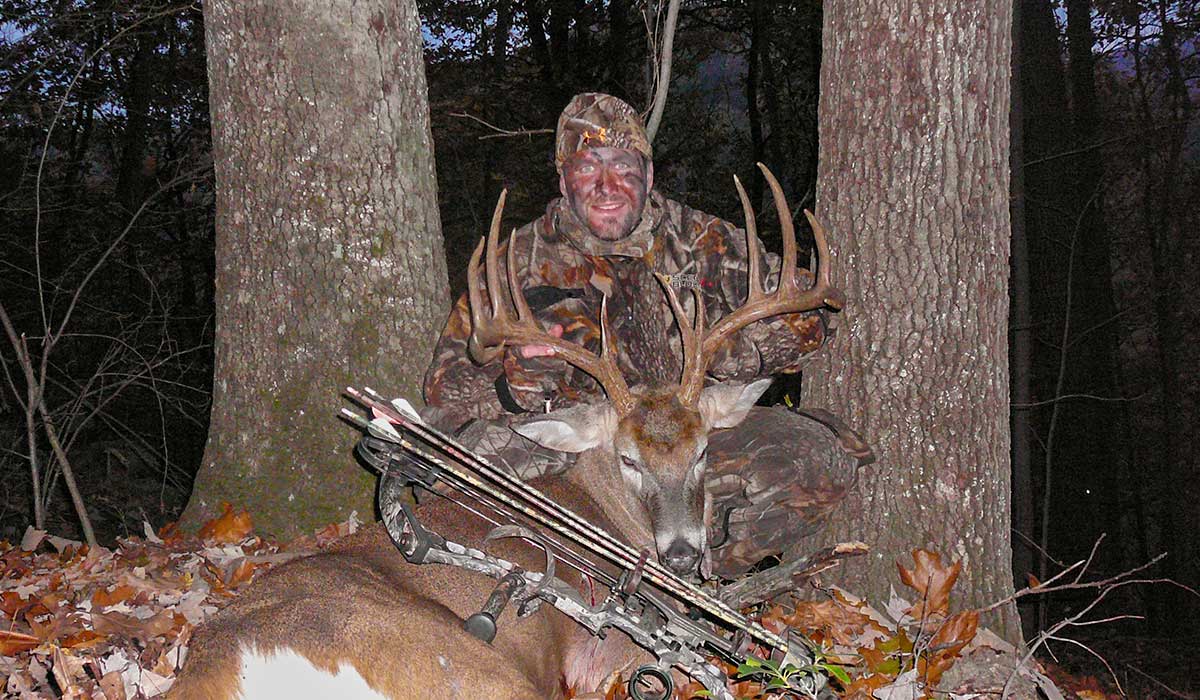 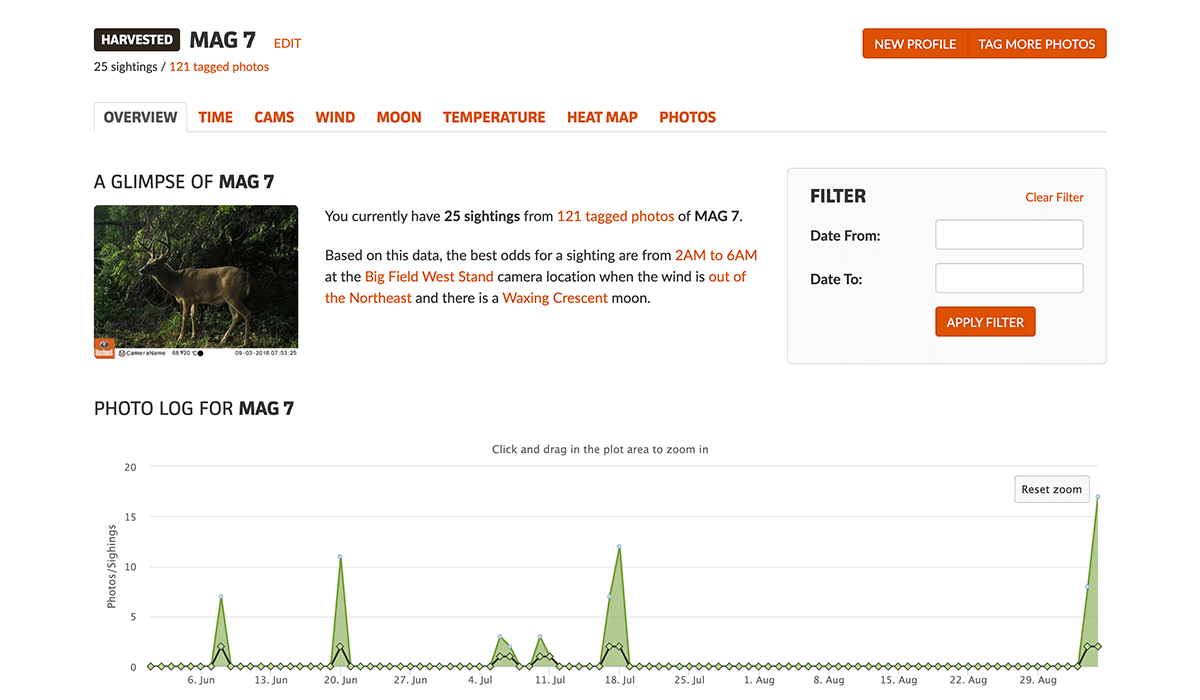