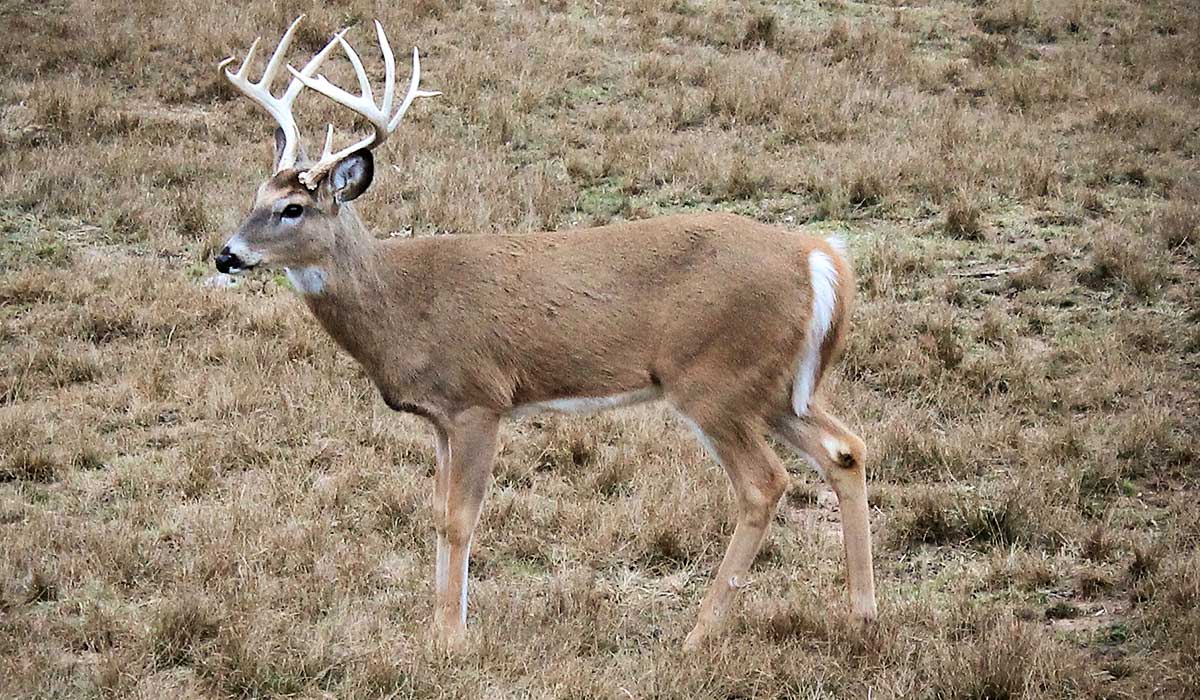 It's one of the most common deer hunting myths in the nation — deer movement on windy days. Most hunters say that deer don't move when it's windy, but is that true?

The answer might surprise you. Here is some anecdotal data, personal observations, input from wildlife biologists, research from Penn State, and even some trail camera data to back it up.

How Deer Use Wind

Before we dive into whether whitetails move more on windy days, we should understand just how influential it is in day-to-day life for deer. First, it's the primary and best line of defense for deer. They use and trust their nose even more than their sight and hearing. It's that important.

Because of this, wind influences where and how deer bed and how they travel from point A to B. Deer don't always move with the wind in their face. That's a myth. But they do almost always bed with the wind at their back.

This allows them to cover downwind and crosswinds with their eyes and upwind with their nose. Of course, their ears stay on a swivel, and when a twig snaps, their eyes lock on, regardless of the direction.

Furthermore, bachelor groups of bucks and doe groups bed with other deer, which only increases their survival chances. And given that deer spend more than 70% of their time bedded, it's no wonder they're so hard to kill.

When deer are on their feet, they tend to use the wind to their advantage, even if they don't walk straight into the wind. They'll circle downwind of areas they aren't sure about, wait until dark to move when the wind isn't in their favor, etc. As mentioned, they use it to their advantage when bedded and when moving from point A to B. The only time they aren't relying on their nose is when they are out in the wide-open, but even then, they use it.

While it's purely anecdotal, my own in-the-field experiences support that deer movement increases on windy days, especially bucks. It's not a significant change, but enough to be noticeable. But what does the research say about it?

Along with Auburn University, the University of Georgia, the University of Florida, and others, Penn State University (PSU) is one of the leading whitetail research facilities in the nation. They regularly produce ground-breaking data on whitetail behavior, including recent studies on the relationship between deer movement and wind.

They began the study by polling the public. Of the 1,600 hunters they surveyed, 90% said they believed deer moved less on windier days. So, the adage must be true, right? That's what PSU set out to determine.

It started in October of 2013 when PSU undergrads measured the distance traveled by radio-collared whitetails. In total, they captured data for approximately 1,700 whitetail days and nights. They quickly realized that deer moved farther when winds blew 1-3 mph than less than one mph. Then, the distance traveled remained virtually the same until winds reached 10-plus mph (which exceeds the daily average in most places) when the distance traveled peaked. This behavior proved accurate for daylight movement as well.

Winds didn't exceed 12 mph during October, which comprised the entirety of the testing window.

Was it a coincidence that deer moved more on windy days? To find out, PSU replicated the study twice more in 2015 and 2016.

The latter studies measured a more significant difference in wind speeds, which permitted better testing conditions, and can help hunters when asking questions similar to the following:

Some of the leading whitetail biologists from DNRs and wildlife agencies from around the country agree with the findings, and many of them point to PSU's data as the leading research for wind and whitetails. Johnathan Bordelon, deer program manager for the Louisiana Department of Wildlife and Fisheries, is one.

"The Penn State study linked increased daytime movement to moderate winds and reduced nighttime movements under the same conditions," Bordelon said. "Of course, it is likely not as simple as wind alone, I would anticipate winds associated with weather fronts or shifts in barometric pressure may add more pieces to the puzzle. It may be a combination of factors."

Not all whitetail scientists agree with the PSU research, though.

He used GPS radio collars to look at the effects of wind on deer movements by monitoring more than 100 adult deer — half male, half female — and he said there were few patterns related to something a hunter could benefit from.

"We found that wind speed affected females more than males and had the greatest influence on female activity at night, where the probability of activity decreased as the wind speed increased. It is surmised that since wind can affect the ability to detect predators by negatively impacting hearing and smell and that night vision may also be compromised, so they move less as the wind increases at night. Females may be more likely to be impacted by decreased predator detection associated with greater nighttime windspeed because females and their fawns may be more likely to be predated than adult males."

In essence, his and his team's findings were partially conflicting with PSU's research. Still, most biologists we reached out to referenced the three PSU studies as the accepted, leading data on the relationship between daytime deer movement and wind. Still, even those who side with the opposite camp relate just how vital wind is.

"It should go without saying that hunters should respect the wind in relation to being detected by a deer's sense of smell," Ruth concluded.

What This Means for Hunting in the Wind

Many hunters have long sat on the sidelines during windy days. They believed efforts under such conditions were futile, unnecessary, and without reward. Based on the research, the old saying that deer move less on windy days isn't true. Instead, bucks seem to move a lot more in the wind.

While we don't necessarily know precisely why bucks move more on windier days, we can speculate.

A list of possible (but unproven) reasons why deer move on windy days includes:

"It is an interesting conversation piece and one we can all apply personal experiences. I have had success with harvest and sightings in Louisiana after the passage of a front with falling temps throughout the day. There is usually a moderate wind associated with those conditions. However, I have hunted in those conditions where deer did not get the memo and sightings were poor. In general, telemetry studies will hold the answer to such comparisons rather than anecdotal reports."

Regardless, whether we'll ever determine the why or not, we still know that they do move more. That alone should be enough to encourage hunters to head afield on windier days. (Remember that it is safer to hunt from the ground than elevated positions during windy conditions.)

Furthermore, based on data, bucks seem to use wind direction (and perhaps speed) to help choose their bedding area and travel routes each day, too. This and more makes monitoring the wind important.

"Wind from a persistent direction would make hunters less detectable if they are downwind from the deer. This would be preferred over variable winds that are shifting. The advantage of the wind for a hunter would be the masking of slight movements by hunters. Hunters on the ground may get away with more movement on windy days due to the movement of vegetation that could help mask the hunter. This is mostly anecdotal."

"They determined that wind increases deer movement," Barber said. "Not only does wind give us a good idea on scent travel, but it also allows a little extra cover for muffling sounds while stalking or getting into position for a shot."

What's even more important is that, due to the common myth that deer move less on a windy day, you'll likely have the woods to yourself under such conditions. So, pack your gear and hit the woods because you'll likely encounter fewer hunters and less competition.

All said wind alone isn't the only factor that helps increase or decrease deer movement. Consider other things, such as the fact that deer are crepuscular animals, meaning they move most at dawn and dusk, regardless of the conditions.

There are other factors, too, of course. Bordelon says,

"In my experience, hunting pressure and the timing of the rut play bigger roles in daytime sightings. In Louisiana, peak breeding ranges from October to January, depending on location within the state. This diverse breeding chronology is correlated with peak harvest in each respective area. In Louisiana, focus on the rut to see more deer."

While most bucks seem to move more on windier days, that might not be true for every deer in every situation. General research is excellent, but it doesn't do much for hunters other than debunking an old myth. What can hunters do to see how specific deer respond to higher winds?

Because each buck is unique in its behavior, habits, and patterns, this creates perceived personalities not in the human sense but in general behavior. Fortunately, DeerLab's unique trail camera data analysis service analyzes your photos of each target buck and processes the data to determine the when, where, why, and how of deer movement where you hunt — including how wind and other conditions and factors impact the deer you're scouting.

DeerLab has specific profile reports that show how a buck (or any animal) you are tracking moves by different wind directions and wind speeds. Unlike general deer studies and reports, DeerLab's profile reports aggregate the data you have for a buck. Each report is based on sightings and can be filtered by date ranges, daylight, and even times, [for] one or all camera locations.

Jon Livingston, co-founder of DeerLab, expands on ways to look at DeerLab's wind direction and wind speed report below.

There are numerous reasons this information is helpful. Ultimately, it reveals specific patterns and trends with specific bucks under certain conditions, including wind. Livingston says it helps answer numerous questions, including:

"As you can see, there are numerous variables. The good news is that you can see for yourself what an individual buck does instead of relying on what others are telling you deer do in general terms." 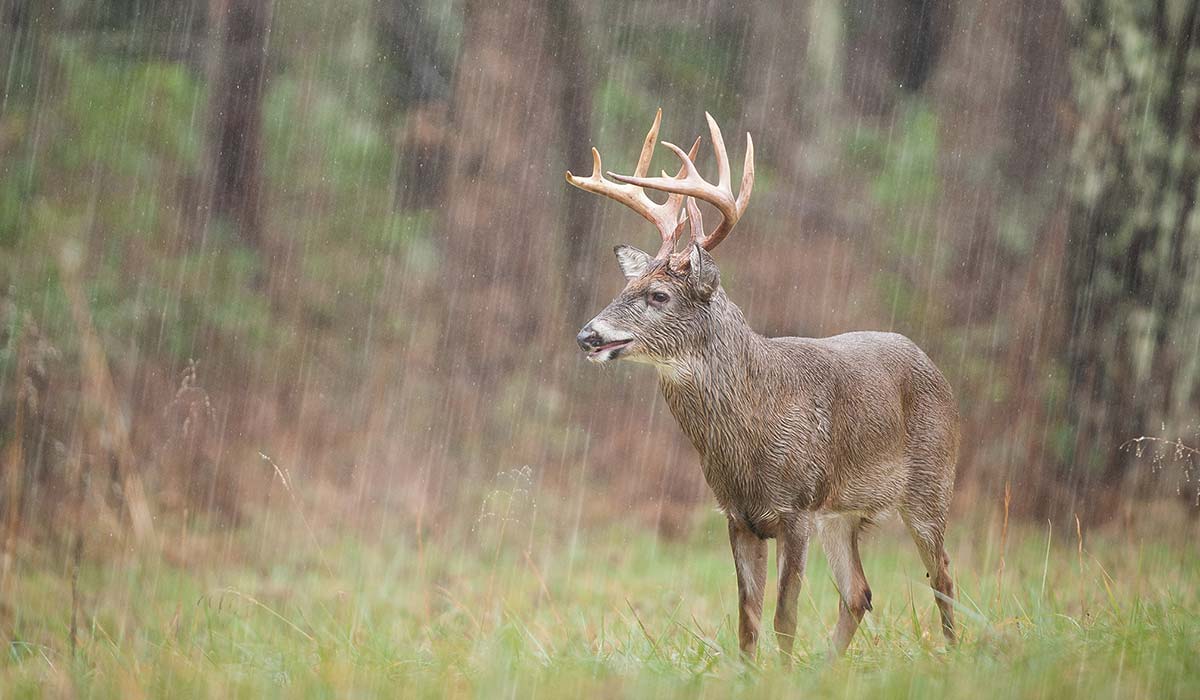