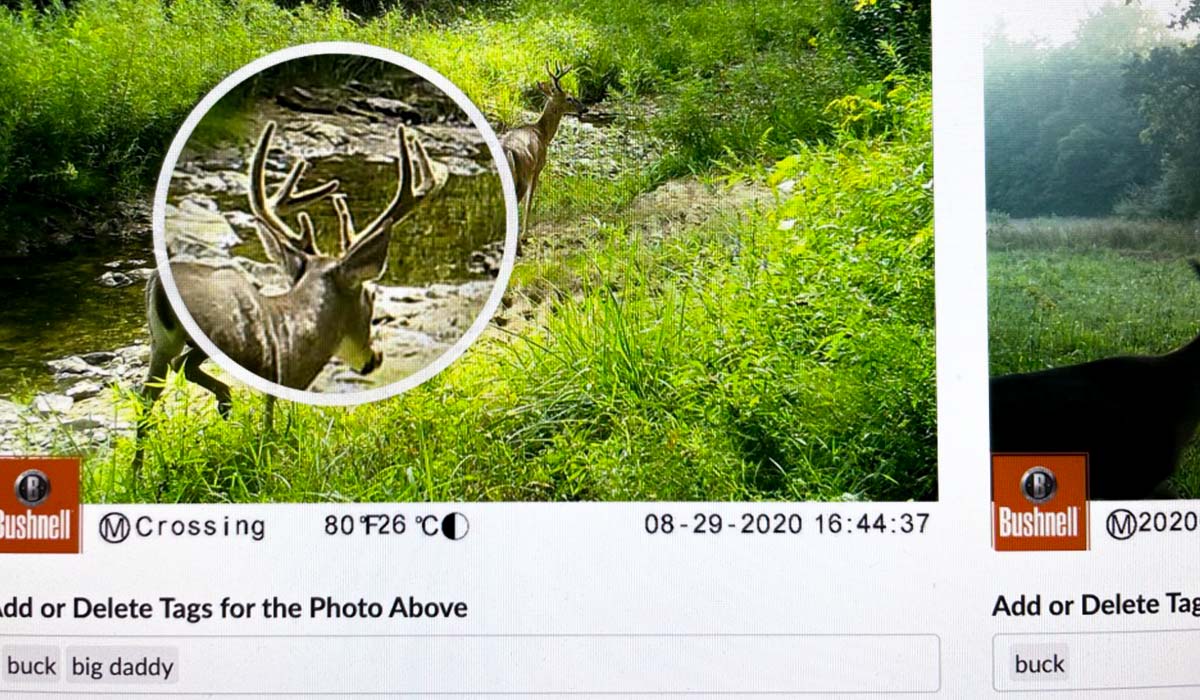 Practicing buck recognition through several methods is critical if your desire is to successfully target a specific mature buck this Fall.

While that concept may seem rather obvious, your efforts should extend well beyond a pretty picture from a trail camera or an in-the-field observation of an evening feeding giant. In fact what you decide to do with that little picture of intel can contribute greatly to filling your tag or not. One of the most important questions that you can ask yourself is, "Where is he now, and where will he be Then".

Hunting mature bucks is difficult, as they are creatures of mystery as they express some pretty cool personalities that are unique to the individual buck. If you get to know a buck's personality, then you can work to actually think about his actions before he thinks about doing those actions himself. Basically, you can learn to out-think him. It is a highly complex process to place bucks into exact personality types and it is the last piece of the puzzle for predictably hunting him.

You can generalize buck personalities for example, aggressive, shy and wise but even those labels fall short for expressing a buck's true individually diverse traits. If your goal is to actively seek to know a buck on a more personal level, you can potentially be more greatly rewarded than you can imagine.

It takes a great deal of time -often years- to really get to know a mature buck. However, long before diving into the realm of buck personality recognition, I have experienced that you can learn a lot about a buck and how to hunt him, by accurately placing him into one of two categories: Core or Non-Core.

How Do You Recognize a Core Buck?

Core bucks are the bucks that are the easiest to recognize and successfully hunt. Why? Because they are the bucks that most closely relate to the land that you hunt on a daily basis. Core buck recognition isn't too difficult because the bucks in this category will offer the highest level of visibility, greatest amount of sign and will often give you more trail cam pictures within or near the hours of daylight.

If the food sources and cover options on the land that you hunt are available during the hunting season, and you learn to hunt your land without adding too much pressure, then it is fairly easy to increase the number of core bucks you experience as the season progresses. However, lands that feature low quality food choices, poor cover diversity and high levels of hunting pressure often included very few core bucks.

Core bucks are often mislabeled as being nocturnal. The easiest way to recognize a non-core buck is that you rarely see him, you capture more midnight pictures than daytime pics and his movements into your land are random and few in number. Understanding that a non-core buck will be moving into your land is key. Mature bucks are not nocturnal and if you are capturing midnight pictures it is highly likely due to the distance it takes for him to move to your land. The greater the distance he is from his daytime core area, the more random and unpredictable he becomes.

When To Hunt Core Bucks That You Recognize

Before ever getting to know a buck's true personality, placing him into a category of core or non-core helps you greatly by revealing exactly when to hunt him. Using trail cams, Summer scouting efforts, in-season scouting, fresh buck sign, and hunting observations are all methods to recognize what category of buck you are after. Once you can categorize him, you can effectively hunt him.

DeerLab Tip: Besides retrieving data for specific bucks you can also profile "core" and "non core" bucks by tagging them in DeerLab. Once tagged you can create a "core" and "non core" profile. By doing so you'll see the most popular trail cam locations for all your core and non core bucks, the times they are hitting cameras, as well as an interesting heat map that will visually show them on your properties at different date ranges. New to DeerLab? Learn more about how DeerLab's trail camera software can help, as well as how we will automatically tag bucks using our new buck recognition system.

Your goal should be to hunt as many core bucks as possible because they can often be targeted from when the season begins to when it ends. The one time a core buck is difficult to pattern is actually during the peak rut, when he could be on the land that you hunt or a mile away, trying to breed his 2nd, 3rd or 4th doe of the season. I personally go after core bucks during every cold front opportunity, during the entire season. After a cold front comes blasting through, hunting the calm and cold, high-pressure period behind the front can pay huge rewards, no matter when a cold front presents itself.

If you have been able to recognize a non-core buck, keep in mind that his core, daytime area is somewhere else. Often he is located a 1/2 mile away or more. A non-core buck will show himself very little during the early season, October Lull or during the Pre Rut, however, make sure to save a specific stand to hone in on his wanderings during the Peak or Post phases of the rut. Also, don't be surprised if a non-core slips into your land during the late season if you are able to offer quality winter food sources.

The key to successfully hunting a non-core buck is to exercise a lot of patience. By using trail cams and hunting observations from previous years, he will tell you when he will be around during the current year, so it is key that you wait until the weather conditions are perfect and climb into an unpressured stand with the expectation that he will arrive as scheduled.

DeerLab Tip: If you have older photos on your computer of bucks be sure you upload them to DeerLab. The more historic information you can give DeerLab the better. No matter how old the photo DeerLab will retrieve the weather data from the time the photo was taken. When aggregated with other photos you'll start to see the patterns that buck makes over time.

Whether you use bucks sign, trail cam pics or in-the-field-observations, it is critical that you get to know the specific buck you are after on a more personal level. The first step in the process of connecting with a target buck is to recognize if he is a core buck or not. After placing him the proper category (or some blend in between), then it takes patience and attention to the details of when or when not to, actually head to the specific treestand. Besides the opportunity to shoot a buck of your dreams spending all this time getting to know a particular buck has some other benefits as well.

Pretty pictures and experiences to last a lifetime are both a part of the package that is created by mature buck hunting pursuits. But there is also a great bond that develops with the land, as well as a personal connection with the incredible whitetails that you become familiar with throughout the years. Along the way, I have found that the greater the quest that I develop with a particular buck, the sadder but appreciatively happy that I have been, when the pursuit finally comes to an end.

Can you just go sit in the woods and enjoy attempting to shoot the first buck that goes by? You sure can. However, if you don't do so already, I encourage you to actively seek to recognize the prey that you are hunting this season, so that you don't miss out on the potentially deeper meaning that can be realized from a successful hunt for a target buck. 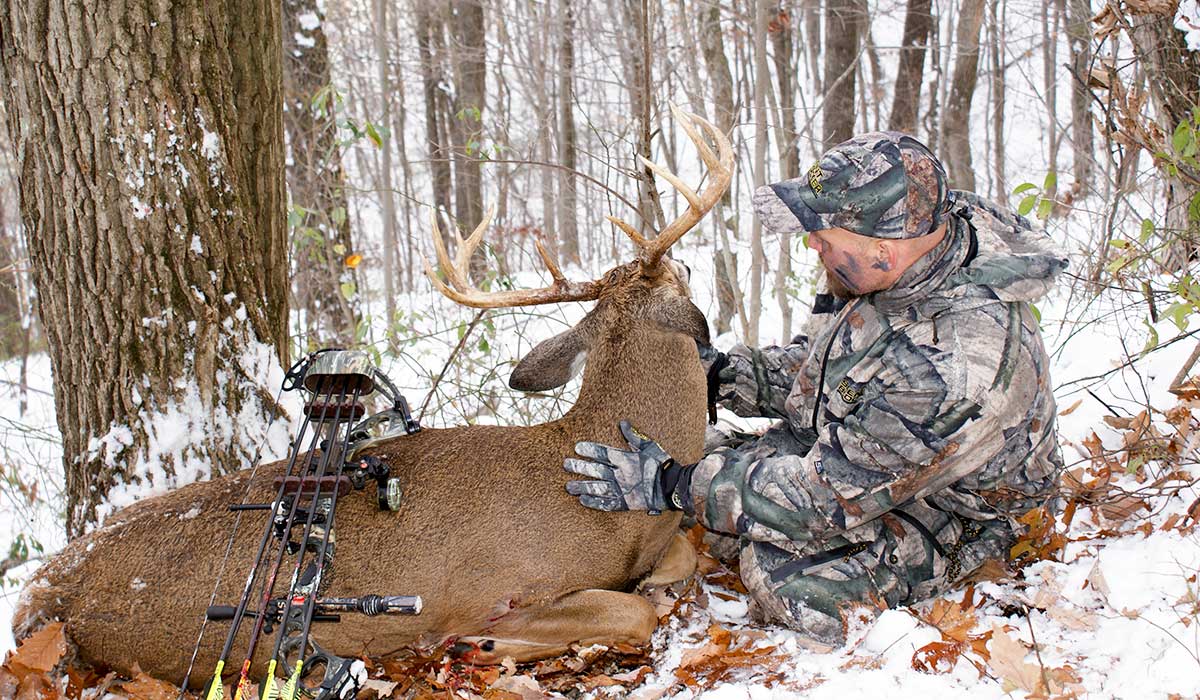 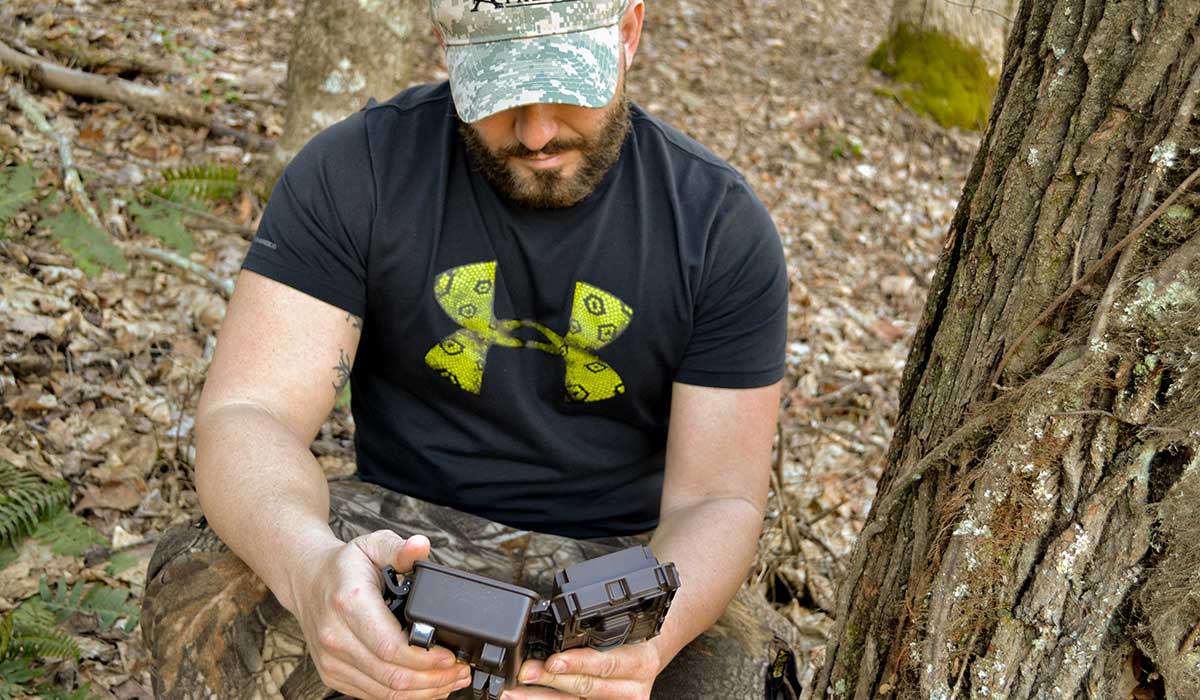